This page is a supplemental document for the picture of Leo triplet here (sorry, it is written Japanese);


When I retouched the image of Triplet, I noticed something for a new strange noise using DeNoise.

That noise does not show up for the normal picture but it shows up when extreme expansion for dark area like dim nebula on astronomical pictures.

This is an example that the background was extended when DeNoise AI was NOT used. 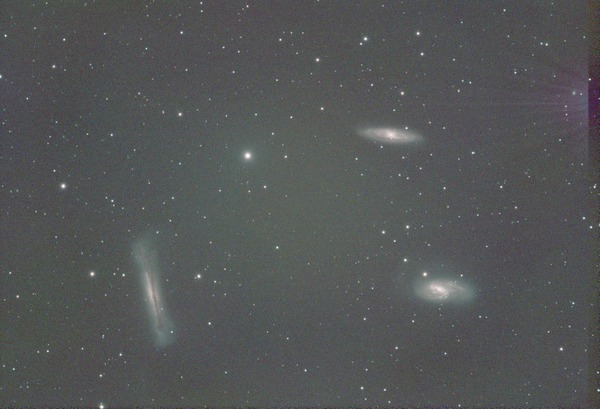 Then, this is the second example that the backgroung was extended WITH DeNoise AI. 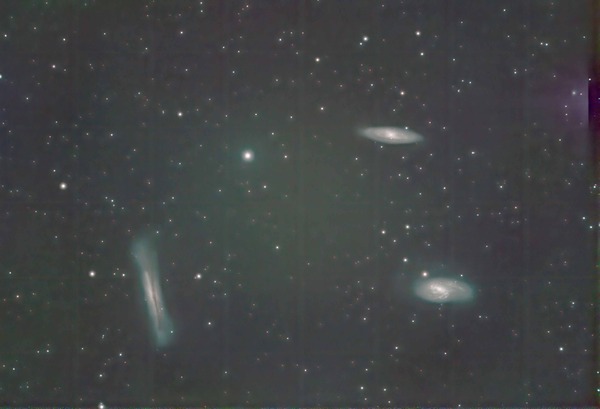 Difference is obvious. With DeNoise AI, some strange lattice type noise appeared. It was guessed that some neural calculations were applied at limited area, and the process was repeated next by next.

This kind of noise is very critical for out astronomical photographers. For example, similar AI application which devide stars and nebula using AI, called StarNet++;

does not add any such a strange noise. Probably it calculate all the area at a time. This program was developed by one of the astronomical photographer, so probably he/she was thinking to avoid such area depended noise from the beginning.


This is a request to Topaz labs:

Probably we, astro photographers are struggling most with such a dark and noisy pictures since out targets are always very dim things. The important thing is that we already know that DeNoise is a very very useful tool to suppress many kinds of noises in astro photographs. Please consider the importance seriously for NOT adding such latice noise. It might be  just a dim background noise for almost of photographers, but it is really big issue for all astro photographers.

After sending files and setting informations,
.
.
.
From Topaz labs.

Go back to that window and change enable discrete GPU to NO. This may affect the speed of your processing but for many users it will resolve this issue.

The grids you are seeing is a result of the graphics card on your computer reassembling the image. We know "how" this happens, but we don't yet know "why" it happens for some users and not others for particular devices.

As a result, I don't have an immediate resolution, but I have forwarded your information on to our development team for further research and review.

I tested on/off for GPU and on/off for Intel OpneVINO, on Mac, Bootcamp on Mac, on another Mac, on another Windows I have. Results were all the same the grid noise were NOT gone.On the other hand, Sharpen AI did not add so terrible grid. It is not no grid but the grid noise by Sharpen is very dim and almost ignorable.I can avoid this issue if I apply the DeNoise at very end of process, I mean after enough stretched.However sometimes I wand to use the DeNoise in the middle of process, before the stretching.Still I hope this issue will be fixed in the future for all users.I will continue to find a good PC which does not add the grid noise.